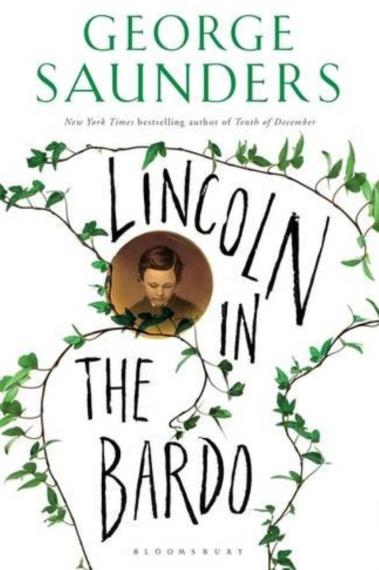 On 25 February 1862, following his death from typhoid, Willie Lincoln, the 11-year-old son of Abraham Lincoln, President of the United States, was buried in the family vault of Judge William Carroll in the Oak Hill cemetery in Georgetown.

Lincoln in the Bardo takes place over several nights following his funeral. It begins with two residents of the cemetery watching the departure of those who had been present at the funeral—Hans Vollman, a man in a platonic marriage who died after being crushed by a beam at the point where his wife had decided to alter their platonic state, and Roger Bevins III, a young man who discovered the beauty of life only as he ended it by suicide. Like numerous other residents of the cemetery, they are many years dead but have not accepted this fact, instead considering themselves to be unwell and hoping for recovery any day. They refer to their buried bodies, which they are forced to return to in the daytime, as sick-forms and their coffins as sick-boxes. This is the bardo of Tibetan Buddhism, a state of transition between death and rebirth into the next life.

This state is prolonged for Vollman, Bevins and many others but children are meant to move quickly on to the next life, sometimes in a matter of minutes. They are disturbed to see that Willie Lincoln is lingering and are struck by the arrival of Abraham Lincoln at the cemetery later that night. He enters the crypt and takes Willie from his coffin, cradling him in his arms and speaking to him of his love and the joy Willie had brought his family. When Lincoln returns a second night, they are touched by his love for his son as they have no visitors, no one mourning them any longer but they fear that Willie is not willing to move on because of his father. Vollman, Bevins and another of the residents, Reverend Everly Thomas are afraid that the child will be permanently trapped in the bardo.

They are surrounded by the babble of voices of other people who have not moved on. These spirits embody the range of humankind with its prejudices, cruelties and animosities, its vulnerabilities as well as its compassion and humanity. The dialogue of this multitude of voices is directed towards the reader and is intercut with excerpts from historical records, contemporary letters and memoirs, as well as secondary sources, both real and invented. These describe the lead up to Willie Lincoln’s death and the effect it has had on his family.

Some of the voices have no more than a few lines to speak and appear only one or twice, others such as Vollman, Bevins and Thomas are a continuing presence, speaking for pages on occasions, and providing a central consistency to the narrative. The name of each speaker or author of an excerpt is identified in small print beneath their lines. Initially, I found this tedious, as I felt that I had to read that information before I read the text. As I was drawn into story, it was no longer a problem. I skipped this information and only stopped to identify the speaker when I found it necessary. I think in this Saunders has recreated the experience of being in a crowd, hearing a cacophony of competing voices but not always realizing who the speaker is. The voices of Vollman, Bevins and Thomas are unique and easily identifiable, as are a number of the more minor speakers. Lincoln in the Bardo is a brilliant work. Beyond the impetus of the central narrative, it is a meditation on the chaos that is the human condition. Well deserving of the accolades it has received.

A further review can be found here.

Willie Lincoln (centre) and his younger brother Tad (Thomas), posed with their mother’s nephew, Lockwood Todd, in Mathew Brady’s studio in Washington, D.C.
Taken about a year before Willie’s death.
The Library of Congress [No restrictions],
via Wikimedia Commons