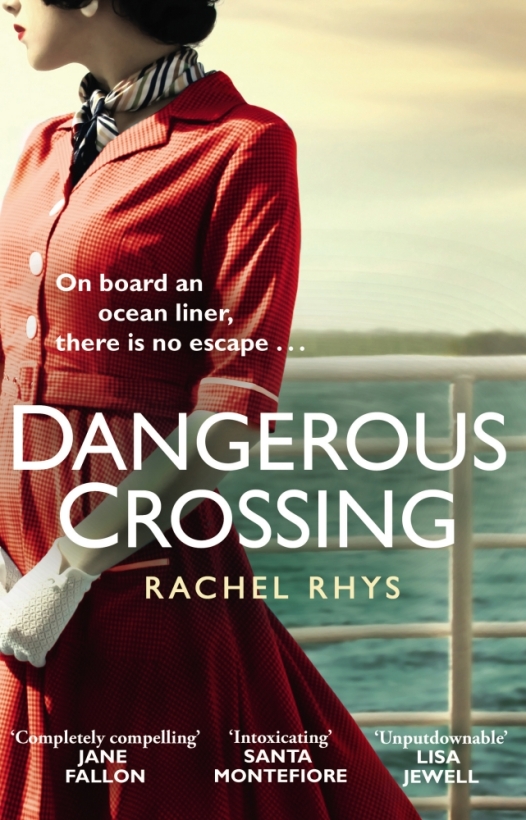 A Dangerous Crossing, set in mid-1939, begins with a well-dressed woman removed by police from a passenger ship after it has docked in Sydney. The novel then steps back to the beginning of the voyage where we are introduced to Lily Shepherd who is bidding farewell to her family on board the Orentes, a migrant ship, at Tilbury. Lily is one of a group of women travelling to Australia, as part of an assisted migration scheme, to take up positions in domestic service.

In the early days of the journey, Lily is drawn to a number of other passengers by force of circumstance and by inclination. These include Lily’s cabin mates—Audrey, an enthusiastic and uncomplicated young woman and Ida, censorious and older, whose clumsy attempts at friendship Lily sidesteps. Lily becomes increasingly involved with the passengers she dines with every night. Clara Mills, travelling with her daughter Peggy to join Clara’s husband in Sydney, is terrified and whines constantly about the prospect of living in Australia among those rough and uncultured Australians. George Price is on his way to join his uncle on a farm New Zealand; boorish, unattractive, sexually predatory and a genuine Fascist, Price is almost a caricature. There are also brother and sister, Helena and Edward Fletcher, travelling to Australia for Edward’s health. Lily is drawn to this well-mannered and cultured pair, particularly the handsome Edward. The passengers make the most of this time out of the routine and troubles of their everyday lives. But beneath the glamour of a long sea voyage, there is the niggling of fear of impending war, although many hope it’s not going to happen.

There are other groups of passengers on the Orontes—German and Austrian Jewish refugees escaping the danger and turmoil of Europe who keep to themselves, and Italian migrants who board as a group in Naples. These groups bring to the surface the deeply held the prejudices of some of Lily’s fellow passengers, particularly when Lily develops a friendship with Maria Katz who had fled from Vienna to London with her sister, although their parents remained behind.

And finally, there is Eliza and Max Campbell, a wealthy and glamorous couple from the first-class deck, who come below to escape the censoriousness of their fellow first-class passengers and in search of excitement and novelty. They draw Lily and Edward Fletcher into their orbit despite is an air of secrets and scandal surrounding them. It is not only the Campbells who are hiding secrets but many of the other passengers are too. Lily is no exception; there are tantalizing mentions of ‘Robert’ and ‘Mags’ without explanation of who they are but the reader knows they are the key to Lily’s past. These secrets slowly unfold as the journey progresses.

The Orontes’ visits to various ports along the voyage are described in detail and offer an escape for Lily from the increasingly claustrophobic and tense atmosphere of the ship. These ports, from Gibraltar, Pompeii, Ports Said and Suez, to Cairo, Aden and Colombo are brought vibrantly and exotically to life through description of the sights, colours and smells that surround Lily as she explores them. These excursions also provide the opportunity for the onboard relationships to develop further. By comparison, description of the Australian ports are bland (which, compared to the others, they would be) and flat to the point that there is nothing to distinguish one from the other. Shipboard rituals such as the crossing the equator ceremony and the fancy dress ball heighten the sense that this is almost a dreamlike world cut off from the reality of the wider world.

As story progresses, and relationships are placed under strain in the sealed world of the ship, there is a heightened sense of foreboding with the image of the woman escorted from the ship by police that began the story coming to mind. There is the fear that it is Lily, who by this stage the reader has come to know and to care for.

The period with its fears and prejudices, as well as the atmosphere of isolation and irritation that builds on a long sea voyage are well captured. A Dangerous Crossing is an increasingly gripping novel with a denouement that came as a surprise to this reader, at least.