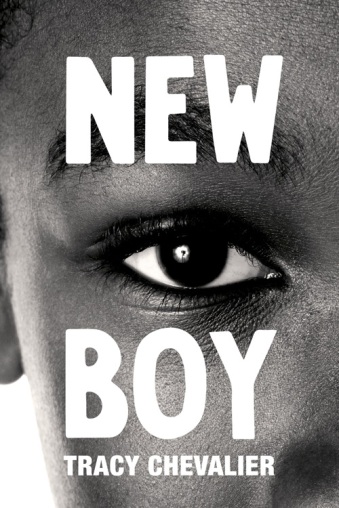 This retelling of Othello (part of the Hogarth Shakespeare series of contemporary retellings) is set in a suburban Washington elementary school in the 1970s. When Osei,  the son of a Ghanaian diplomat, arrives in the all white school, he immediately finds a friend in the popular and pretty Dee, but his arrival upsets the balance of the relationships in the grade. Ian, the calculating and chilling school bully, disgusted by  the blossoming friendship between Osei and Dee, sets out to drive them apart.

The action takes place over a single day with each of the five chapters corresponding to a part of the day when the children are free from classroom constraints, such as ‘Morning Recess’, ‘Lunch’ and ‘After School ‘; these also reflect the corresponding acts in Shakespeare’s play. The children’s backstories are woven through the day as they interact and the points of view flow seamlessly from one character to another.  The story captures all the jealousy and tension of Shakespeare’s Othello and from the beginning, because this is Othello, there is the knowledge that it will not end well. Though, hopeless optimist that I am, I did hope that this might be a re-imagining as well as a retelling and there would be a more hopeful ending.

Although New Boy highlights the effects of both overt and casual racism, the schoolyard did seem untouched by the civil rights advances of the 1960s with even teachers barely trying to hide their racism.  I also felt that, given that the children were aged around eleven or twelve, they were emotionally sophisticated and far more sexually aware than most children were forty years ago. The character of Ian was manipulative and  malevolent to a level that I found not quite believable in a child of that age.  That said, though, New Boy is definitely worth reading as it is a compelling re-telling that definitely draws the reader in.