Epitaph is the sequel to Doc and has all the strengths of that novel. It continues the story of John Henry ‘Doc’ Holiday and the Earp brothers and carries it through to the aftermath of the shootout at the O.K. Corral. The novel opens in 1880 in Tombstone with Josie Marcus, the daughter of Jewish immigrants. Wanting fame and excitement rather than a conventional life, she ran away with a theatre troupe. Having met up with Johnny Behan, a charming and unscrupulous rising politician, she is now living as his common law wife. Her involvement with Wyatt Earp and Behan’s reaction to it play their part in driving the story towards its violent climax. Epitaph is also the story of the struggle to bring law and order to a raw frontier town where money is made and spent at breathtaking speed, violence and death are ever present and political machinations not often in the general interest. Russell’s large cast of characters is drawn from life and she manages to bring depth to even minor players. All her characters, whether they be Holliday and the Earps and their women, or the Clantons, McLaurys and other cattle rustlers and Cow Boys, are shown in all their flawed humanity.

Epitaph is a novel full of excitement and chaos, humour and compassion and ultimately tragedy. It can be read on its own merits but is best appreciated if Doc has been read first. The characters are so vividly brought to life that I want to know more about them and am now off to do a bit of web research of my own. 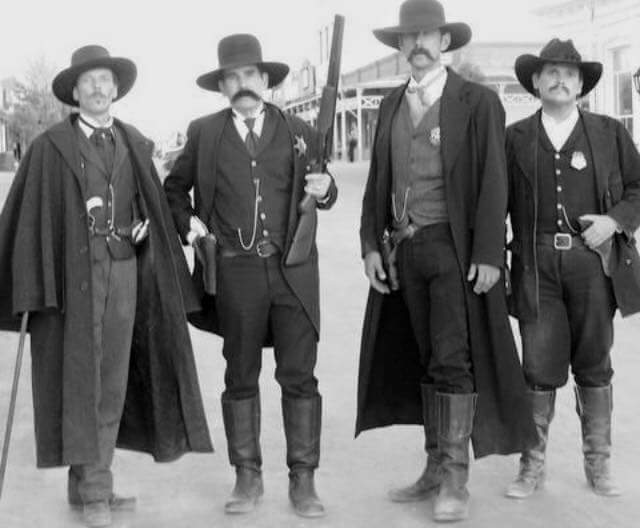