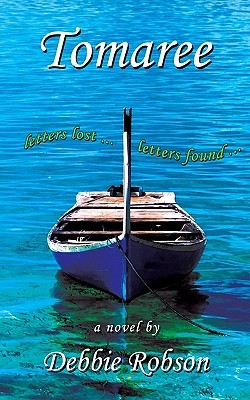 Tomaree begins in 1972 with Peggy Lockwood returning to Nelson Bay, a coastal town in New South Wales where she had grown up. In 1943 Peggy had married an American naval Lieutenant, Tom Lockwood, who was stationed at Nelson Bay and, as a war bride, Peggy had moved to the United States following the war. Peggy has returned because her mother, Helen Ashburn, has died and Peggy needs to set her mother’s affairs in order and sort through her belongings. Peggy has also left her husband after finding him in bed with his secretary. Peggy’s story is told in the first person.

There is other strand to the story, beginning in 1942, which follows seventeen year old Peggy Ashburn and Tom Lockwood from their first meeting. The attraction between them was immediate and an intense relationship develops quickly under the threat of a war drawing closer to Australia. By the time the story starts the Japanese had bombed Darwin and were in New Guinea and the Guadalcanal Campaign in the Solomon Islands was underway. Peggy’s relationship with her mother is prickly; Helen Ashburn is often  harsh and angry at Peggy yet at the same time overprotective. This strand of the story is told in the third person and from the points of view of both Peggy and, to a lesser extent, Tom.

As Peggy sorts through her mother’s belonging, she find letters and photos which make her realize that there was so much that she did not know about her mother, secrets which may explain her treatment of Peggy and her attitude to life. Peggy also discovers Tom’s first letter to her which brings back, with painful immediacy, the depth and beauty of their relationship in its early days and causes her to reevaluate the way she has lived her life with Tom. The chapters alternate between 1972 and 1942 with the 1942 story moving forward towards Peggy’s eventual marriage while, in essence, the 1972 story works backwards as the older Peggy delves into the past trying to understand her mother.

The 1942 narrative is well researched and accurately captures the sensibilities of the time, and the story of Peggy and Tom’s love is gently developed yet with an intensity that lingered after I had finished the book. I found the 1972 narrative far stronger though, with the mystery of Peggy’s mother’s life at its heart; towards the end it almost became a page turner as I wanted to know why Helen Ashburn was as she was and what burdens of sorrow and experience she carried. The main characters are well drawn and believable although I would have liked to get a better sense of Tom as an older man. Tom’s point of view is not given in the latter section and we don’t get to fully understand why he turned to his secretary. We have what he says but not what he thinks, unlike at the start of his relationship with Peggy.

Robson’s prose is unobtrusive yet she is able to bring the beauty of the natural environment vividly to life such as in the moment when Peggy and Tom first meet in a sea of blossoming Christmas bushes. Overall, Tomaree is a gently told story of the way the past has an effect on the present, and how the uncovering of secrets can lead to understanding and re-evaluation of the present.  A perfect Sunday read.

Other reviews can be found here.

2 thoughts on “One Minute Book Review – Tomaree by Debbie Robson”