In less than one hundred years of British settlement in Australia, settlers had developed certain expectations of Christmas — the weather would be warm, dinner could be taken al fresco, the afternoon would be spent in outdoor activities. But 1878 was a year when the ‘clerk of the weather’ decided to show that he had a mind of his own and Christmas arrived in south-eastern Australia with not only cold winds and rain but even snow on Mount Wellington in Tasmania.

South Australia benefited with relief from the usual Christmas heat. The South Australian Register reported that ‘fortunately the weather on Tuesday and Wednesday was singularly fine, somewhat cloudy, with a fresh breeze off the sea, making the temperature delightfully cool and pleasant. In consequence of this very exceptional condition there was a large exodus of pleasure-seekers from the city by road and rail.’

Melbourne, by reputation the Australian capital city with the most changeable of weather (often four season in one day), appears to have lived up to its reputation. According to the Argus ‘Christmas morning (Wednesday) opened in Melbourne with a pretty heavy fall of rain, and until noon sun and shower succeeded each other as in the proverbial April day in England, while the rest of the day was somewhat cold and boisterous. Christmas Day this year, therefore, was spent more in doors than usual but ample compensation was afforded by the splendid weather experienced yesterday, the day throughout being fine, cool and pleasant–in fact everything that could be desired for an outing. The result, it need hardly be said, was that Boxing Day was celebrated by the citizens of the metropolis and suburbs with even more than usual eclât. Indeed, it might be said with but very slight exaggeration, that all Melbourne, including its country visitors, yesterday lived in the open air. The means of out-door amusement were of the amplest description, and the public entertainments of all kinds during the day were well attended.‘ These included attendance at the cricket, visits to parks and the Botanic Gardens as well as to the beach.

The people of Ballarat, a large regional city in Victoria with an undeserved reputation for cold weather, were exactly the same — as as soon as the clouds cleared they were out and about, celebrating Christmas in the open air.
LAKES AND GARDENS
The unfavorable weather of Christmas morning deterred many would-be holiday-seekers from fulfilling their anticipations of pleasant excursions; but as the weather cleared up, excursionists from all quarters of the town were to be seen making their way to the lake, and thence to the gardens ; and in the afternoon fully 2,000 people (mostly country folks) were present at one time in the gardens enclosure. Some little annoyance was caused to the passengers by the boats and cabs, on account of the confusion in the public mind occasioned by the alterations and changes made in the usual scale of fares, and generally unfavorable comment was passed upon those who changed them.
And, it would seem, there is nothing new under the sun — cab drivers indulging in a spot of surge pricing. 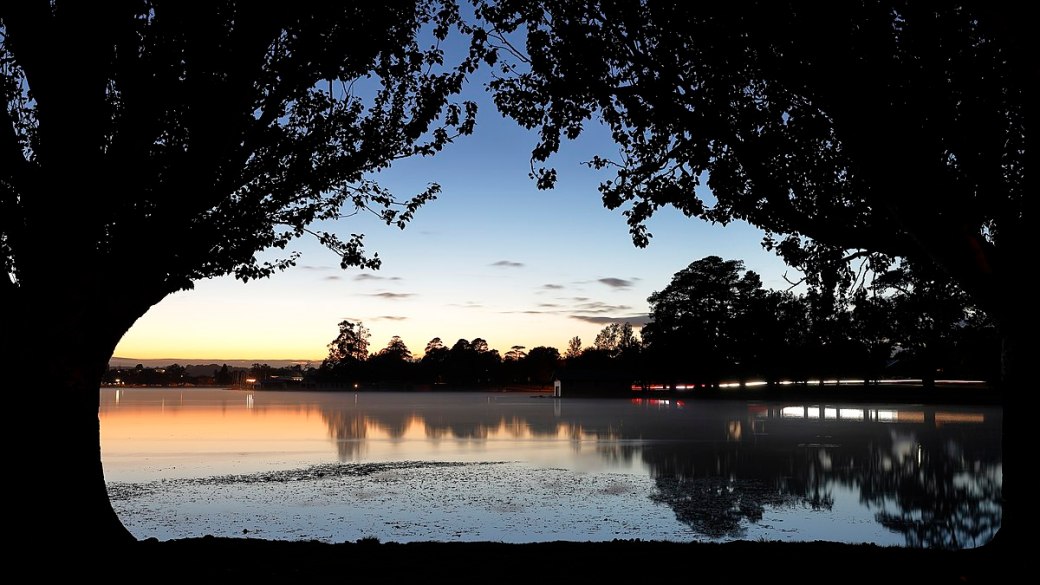 Meanwhile in Tasmania, the weather felt more like winter with snow covering Mount Wellington. This is not a unique situation, even as recently as twelve years ago, Hobart residents were able to visit the pinnacle to get a taste of northern hemisphere Christmas weather. Amusingly, this reporter for the Mercury indulges in a spot of schadenfreude in relation to Melbourne’s weather.
We have now had a fortnight of what has been not only unexceptional weather at this season, but we believe without a parallel. In fact we have seldom had even at midwinter such a continuance of bad weather, the snow on Mount Wellington having been more frequent during the last two weeks than is usual in winter. Yesterday afternoon and evening gave some indications of an improvement, and the barometor points in the same direction. If the misery of others is any consolation to sufferers, we have it in this respect. We find the Melbourne correspondents of some of the inland newspapers thus writing on the evening of Boxing Day;– The climate of Victoria–capricious at all times–has never before, perhaps, shown itself more capricious than during the present Christmas holidays. Yesterday the morning broke with a most threatening aspect, heavy clouds apparently ready to burst in drenching downpours, hanging overhead, and occasionally giving us ‘a taste of their quality,’ by a partial fulfillment of then threats in the shape of a brisk shower, while from time to time blasts of wind came up from the bay cold enough to chill the marrow in the bones and calculated rather to remind one of the same festive season in the old country than of midsummer in sunny Australia. 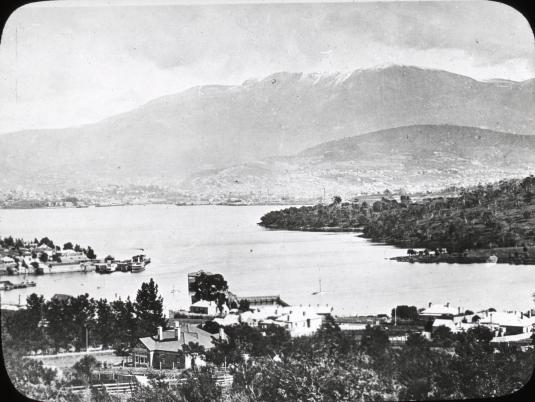 The final word must go to another Mercury correspondent who describes not only the unseasonal weather but the practice of Christmas that is still common in Australia today.
In Tasmania, and judging from information flashed along the electric wire in the other Colonies also, the glorious weather with which we associate Christmas, has proved a mockery, and a delusion. … Christmas issues of the illustrated Australian papers …[showed]… an imaginary stretch of silvan scenery, with a gigantic tree in the background under which sport crowds of fantastically got-up people, chiefly young, many but boys and girls; all clad in the lightest of presentable costumes, reminding us of the pictured representations of the inhabitants of Eden, except that for the orthodox fig-leaves are substituted the equally invariable check or tartan continuations ; or a scene different, yet the same–a delightful glimpse of a glistening shoot of water on whose margin flit a host of pleasure-seekers, the chief occupation, whether under the shade of the gigantic eucalyptus or with their shadows reflected on the silver lake, being not the mazy dance, but an impromptu style of tripping it on the light fantastic… But was there, within the sea-girt shores of Tasmania, and during this Christmas week, one single realisation of what our pictorial papers would have us believe is the proper and common thing at Christmas time?…Could anyone have been found mad enough to seek to realise an Australian Christmas under the greenwood tree on Wednesday, the Scotch mists that seemed to have their source in the obscurity and gloom of Mount Wellington, whose snow-clad summit was occasionally seen to stand out like a rock from a sea of cloud and mist, must have damped his ardour. The shivering wretch soaked long ere noon into an exaggerated resemblance to a drowned rat, must have returned to his home a sadder and a wiser man, thankful if he succeeded in reaching the haunts of men in time to partake of the Christmas dinner, his bright illusions so ruthlessly dispelled as to cause him heartily to give in his warm adhesion to the ancient faith that placed a great virtue in roast beef and plum pudding.

The correspondent had an embittered explanation for the absence of summer weather. In fact the seasons are out of season and the clerk of the weather has been so capricious that his conduct is only to be accounted for on the assumption that of recent years, this year particularly, he himself began to keep his Christmas earlier than usual, and has kept ‘on the spree’ longer than usual. Probably he may be on leave of absence with, as our Civil servants desired, full pay.