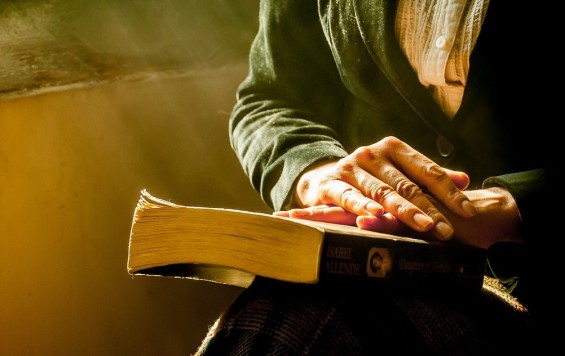 Recently I have read several books where historical implausibilities have just leapt off the page at me – female cooks in the Manor house of a substantial gentry family in the 1530s, characters attending a play several years before the playwright was even born, a twelve year old girl reading a banned book that was not publicly available at that time. With historical fiction, the reader hopes to be immersed in another time and place, so when an historical implausibility occurs, it pulls the reader out of the story unless there is an immediate explanation of why this instance is different from the received understanding of  the period, even if it is just a tear in the time space continuum. I suspect that implausibilities like these occur because it may not have crossed the author’s mind that this particular fact is something that needs to be checked. It is a risk that all authors face, except for those with an encyclopaedic knowledge of their period. While I have not yet stepped out into the glare of readers’ scrutiny, I have had a few near misses in my works in progress.

Part of my current work in progress, The Bridled Tongue, is set in Norwich. On a fleeting visit to Norwich last year, I discovered a couple of inaccuracies that required rewriting. At one point I have a character standing beside Norwich Cathedral look across and see another character outside the Maid’s Head Inn. Standing at the position I had envisaged, I could not clearly see the Maid’s Head. Despite poring over maps and various photographs, I had somehow failed to notice the Cathedral walls. That was something easily fixed by moving my characters.

Of more concern was the information I gained on my visit to Norwich Castle where we took a tour of the dungeon. While we sat in the cold, the guide turned off the lights to allow us all to get a sense of the darkness the prisoners held there endured. The air in the dungeon smelt lightly of dust and damp but nothing more. With dozens of prisoners held there awaiting trial, it must of felt like an antechamber of Hell. The air would have been foetid with the smell of unwashed bodies, ill health, ordure, rank straw. There was a barred cell deeper within the main cell. I asked the guide, expecting to be told that it was either the male or female cell. The guide informed me that the deeper cell was used to hold the more unruly prisoners, that the men and women were not segregated. I am so glad I asked but it created problems for me as I now had to find a way to keep a character who spends a short time in the dungeon safe from dangers I had not imagined. I discovered, researching further, that the segregation of prisoners only developed slowly. Newgate had separate accommodation for men and women by the beginning of the 15th century, if not earlier, while Bury St Edmunds, around 40 miles from Norwich, by the 1580s. In the case of Norwich itself, it wasn’t until  the early nineteenth century that men and women were segregated into separate wards. For me, this highlighted the immense benefit of visiting the places I am writing about.

I also have a character talking of the stars and the telescope he has set up in an upper room in his home. I knew I was on safe ground here as Dorothy Dunnett in Checkmate, which is set in the 1550s, mentions a telescope. Luckily I had a query from a child at work (I’m a librarian by day) about telescopes and discovered that earliest record of a telescope was a patent by a Dutch spectacle maker, Hans Lippershey, submitted in 1608. Both the French and English do claim to have developed it earlier, though the English version proposed in the 1570s appears not to have been widely known and certainly not produced in any number the way the 17th century telescope was. My character now talks about navigation by the stars rather that staring at them through a telescope. It also goes to show that even the very best sometimes get things not quite right.

I am also working on a story set around  1880 in Hobart, Tasmania. In many ways, this has been a joy to write  because, as a starting point, I have used the language heard during my childhood – the vocabulary and linguistic idiosyncrasies of ordinary Australian such as my grandfather (born 1887) used. I will go back later and weed out those words and phrases that were definitely not in use in the 1880s. Some of my characters smoke, as many men did back then. I had imagined that, like my grandfather, they would have had a tin of tobacco and cigarette papers and rolled their own. This was a good way too of making the tobacco go further, by making thinner cigarettes.  Further research revealed that although cigarettes were slowly gaining popularity, even by 1890, only 3% of tobacco imported into Australia was in the form of cigarettes. The advertising of cigarette papers only seemed to gain any momentum in the 1890s too. In earlier decades they were considered by most ordinary men to be effeminate. So my characters now smoke pipes.

No matter how hard a writer tries to avoid implausibilities there are always the unknown unknowns that will sneak through. We cannot know everything but during the revision stage of writing, it is probably best, if we want our writing to have a degree of authenticity, to assume we know nothing and double check.