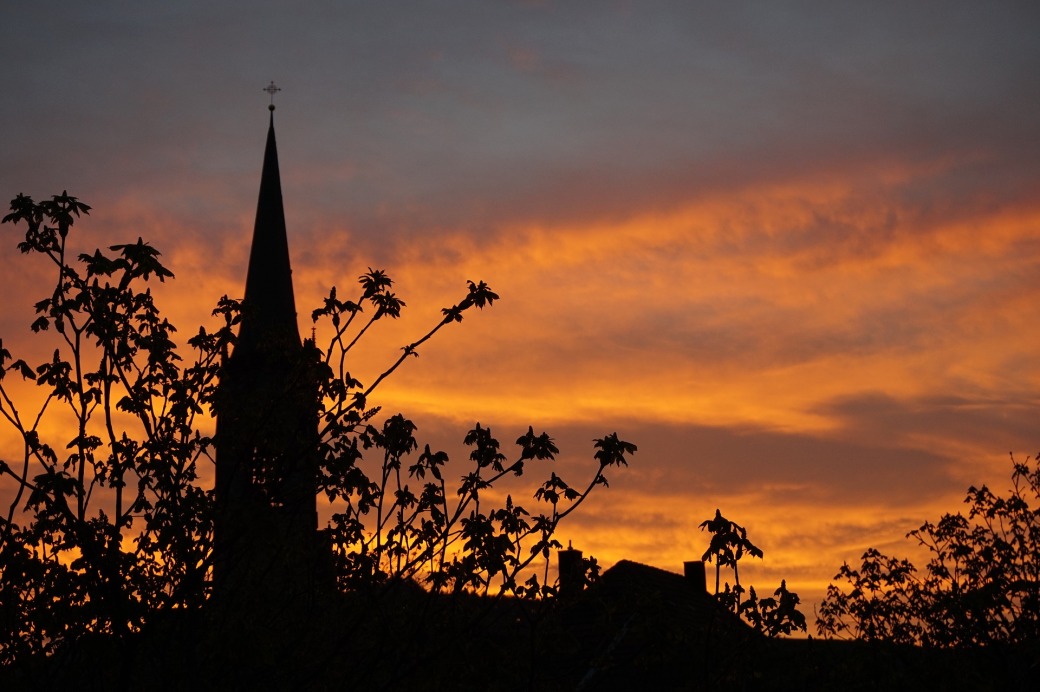 The Lenten and Easter season in pre-Reformation England was rich in sights and sounds and smells. Shrove Tuesday was celebrated with pancakes and football games, plays and masquerades. Ash Wednesday brought the blessing of ashes and their application by the priest to the foreheads of the faithful with the injunction ‘Remember O man that thou are dust and to dust thous shalt return’. Statues and images were veiled in cloth and a Lenten veil hung, obscuring the chancel from the laity. The Lenten fast began, a fast not only from meat but also eggs and dairy products, marriage and sexual activity.

Five and a half weeks later Easter Week commenced with Palm Sunday. Palms or, as this was England, evergreen branches were blessed and sprinkled with holy water by the priest. The priest, carrying a consecrated host in a monstrance, then led the laity with their palms in a procession out from the church and around the churchyard. Small crosses made or woven from twigs were sometimes carried as well. On the Wednesday evening of Holy Week, the Lenten veil was torn and the passage read from the New Testament describing the rending of the veil in the Temple at Jerusalem at the moment of Christ’s death. After dark, the Service of Tenebrae or Shadows was sung for the first time; it was repeated on Holy Thursday and Good Friday eveningsl. Through the service, candles were gradually extinguished until the church was in darkness. On Maundy Thursday devout parishioners would go to confession. The ceremony of washing of the feet, recalling Christ’s washing of his disciples’ feet before the Last Supper, was performed by  churchmen and, from the reign of King John, by the monarch. The monarch would wash the feet of a select number of poor but worthy subjects and give them alms. During the Holy Thursday Mass, two extra wafers were consecrated for use in the Good Friday service. At the end of this Mass, the altar was stripped and parishioners left the church in silence. The service of Tenebrae was again sung in the evening.

Following the reading of the Passion of St John on Good Friday, the ceremony of Creeping to the Cross began. The clergy first, followed by the laity, would come barefoot and on hands and knees to the cross at the front of the Church to kiss the feet of the Christ figure. The first of the wafers consecrated at the Mass the previous day would be used for Communion. Following the Mass, the priest would strip to his surplice and, barefooted, would take the second consecrated wafer in a casket and the cross used in the Creeping to the Cross ceremony, both wrapped in cloth, to a miniature sepulchre that had been erected in the church. After the casket and cross had been placed in the sepulchre, it was closed up then draped in a cloth and sometimes surrounded by candles. Parishioners would volunteer to watch beside the sepulchre until Easter morning in an act of remembrance for the soldiers who had guarded Christ’s tomb. In the evening the service of Tenebrae was sung again.

On Saturday morning all lights in the church were extinguished and a new fire lit by the priest. The Pascal candle was lit from the fire and used for illumination as the priest blessed the water to be used for baptisms in the following year. In England, as this was done in the morning, the ceremony lacked the drama found in other places where it took place after dark.

On Easter Sunday morning the miniature sepulchre was opened before dawn and the casket and cross removed. It was left open with candles burning beside it. Mass was said and parishioners could take communion and offer gifts in kind or cash to the Church. Easter Sunday was a popular day for baptisms. And after the services, the parishioners would return home to rejoice with a good feed of roast meat.

These ceremonies and practices remained unchanged during the reign of Henry VIII (except an easing of the fast to permit dairy products) but were pared back during that of Edward VI only to be reintroduced with the accession of Mary I. The Book of Common Prayer, published in 1559, the year after Elizabeth’s accession, set a firmly Protestant tone to the Lenten and Easter period and their ceremonies.

Pancakes were eaten on Shrove Tuesday and football games played. Ashes were no longer blessed and placed on parishioners’ foreheads. The Lenten fast was limited to abstinence from meat. In London, by the middle of the 16th century, a straw effigy, called Jack a’ Lent, was publicly set up, and was meant to last the six weeks of  Lent to be pelted with sticks and stones by boys. It was said to symbolize the hardships of the commoner’s life.

Palm Sunday processions were discontinued, yet in some places early in Elizabeth’s reign villagers still pinned twig crosses over their doors or carried them in their purses. The Mandy Thursday washing of the feet was continued by Queen Elizabeth after which alms were distributed by her almoner. She performed the ritual herself up until 1579. I have not been able to determine whether the Almoner continued washing the feet but he may have as the Stuarts did continue the ceremony but only sprinkling feet with water rather than washing them. The number of women whose feet Elizabeth washed was determined by her age—one woman for each year of her life. Kneeling on cushions and carpet in her Great Hall, she washed one foot of each woman in a silver bowl, dried the foot and kissed the toes. The feet of these women had previously been washed by the yeoman of the laundry, the almoner and the sub-almoner in succession. (No chance of the dirt of poverty touching the Queen!) The women were then given cloth, shoes, and an apron as well as claret, fish and bread along with two bags of money—a white bag containing a number of pennies to match the Queen’s age and a red bag with 20 shillings. In 1588 the ceremony was conducted at Greenwich parish church by John Piers, Bishop of Salisbury, the Queen’s Almoner, for fifty-three poor women. The warrant for the funds had originally been drawn up for fifty-four women but was altered by Elizabeth herself to fifty-three. (Imagine thinking the Queen was older than she was!) I do hope the fifty-fourth woman hadn’t already been informed she was to take part. It would be more than disappointing for a poor woman to miss out on such a substantial gift. 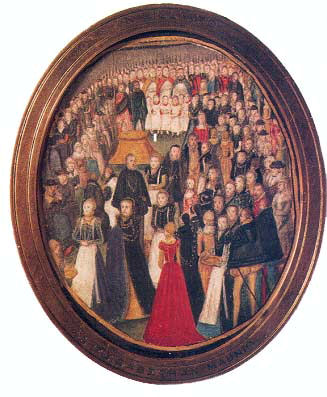 Good Friday was a day for stern sermons rather than ceremony and Easter Saturday appears to have been an ordinary working day. In 1589 the Parliament wasn’t closed until Easter Saturday. It would appear that there was no mid-week rush of country gentlemen eager to get home to spend Easter with their families that year.

On Easter Sunday parishioners attended Church and received communion, Easter Sunday being one of the three days they were required to receive it, the other two being Christmas and Whitsun. By late in Elizabeth’s reign churches were often decorated with greenery.

By Easter homes usually been cleaned and fresh rushes laid. And after the Sunday service the first meal of meat in weeks was enjoyed. By this stage children appear to have been receiving dyed eggs as Easter gifts. Football games were common on Easter Monday. Some towns held fairs over the Easter period. A longstanding horse and cattle fair was held at Tombland, Norwich on Good Fridays, other fairs were held around Whitsun and Holy Trinity. Although the pre-Reformation high ritual was well and truly gone, the human desire for celebration was still making itself felt.
_________________________________________________________________
This post draws heavily on Chapters 15 to 20 of The Stations of the Sun: A History of the Ritual Year in Britain by Ronald Hutton (OUP, 1996). All other sources I checked referred back to Hutton and added nothing new. Further details on pre-Reformation practices can be found in The Stripping of the Altars: Traditional Religion in England 1400-1580 by Eamon Duffy (Yale UP, 1992). Details of Elizabeth’s Maundy practices can be found in The Elizabethan Court Day by Day by Marion E. Colthorpe located on Folgerpedia.
Image of Church at sunrise courtesy of Haeslene at Pixabay